Patrons of Westwinds Community Church donated the cost of this furnace installation. Terri wrote a very heartwarming thank you note to us. And we would like to thank her for that.

This furnace was donated by the BNI Rose City II.

Click here to see the letter that the Englands sent us.

This furnace was donated by Dean and Julie Reicke. 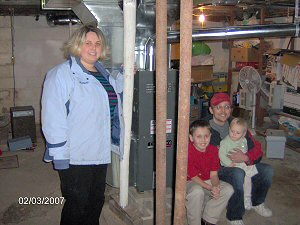 In our 4th annual "Heat For The Holidays" Aspen Heating & Cooling teamed up with BNI Rose City 2, 96.7 Family Life Radio and Westwinds Community Church to provide new furnaces for nine deserving families in the Jackson area! 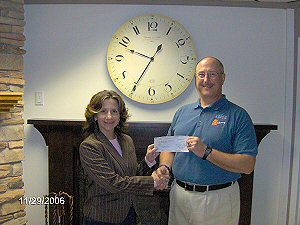 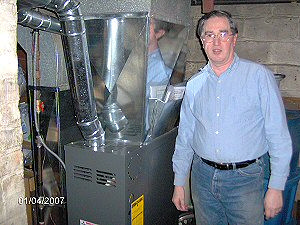 The patrons at Westwinds Community Church raised donations to pay for the costs to have these furnaces installed. The labor was donated by the employees of Aspen Heating and Cooling. Ken Hill was nominated by a neighbor. Ken was an employee of JTA who lost his job due to a heart attack. 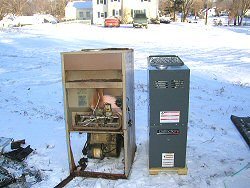 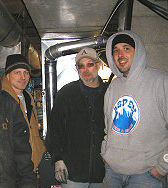 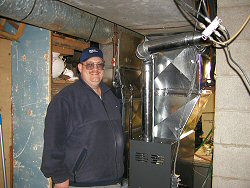 96.7 Family Life Radio and Aspen Heating & Cooling teamed to install two new furnaces in Ronda's home in Parma in our 3rd annual "Heat For The Holidays!"

News Talk 970 WKHM and Aspen Heating & Cooling teamed up to make one deserving citizen of Jackson happier, and warmer. All of the nominations had compelling stories. But in the end, it was Mary Burchett, a visually impaired woman, who recently lost her husband that was chosen. When Aspen crew members showed up to replace the furnace they got a surprise and found out the house was not heated with a furnace, but a more complicated, and expensive boiler system. Unphased, the crew replaced the system. Aspen had a surprise in store for Mary as well, as they installed new thermostats designed for the visually impaired.

(Mary was nominated by Wanda Monroe.)

Financing Options
Connect With Us:

Send Us a Message